If you owe money to creditors, you may be concerned about the potential for wage garnishment – the mandated right for specified creditors to collect on debts you owe, directly from your paycheck. Wage garnishment is a serious action that typically involves court action, so it is not the first step for most creditors who are seeking to collect outstanding debts. Still, wage garnishment can be scary and it might feel threatening – how will you support yourself and your family if all your money is being direct elsewhere? What are the long-term ramifications of wage garnishment?

Fortunately, there are federal laws in place that ensure your entire paycheck cannot be garnished. There are additional ways to avoid or protest against court-ordered wage garnishment, too.

Understanding your rights is the first step to protecting yourself in the scenario of wage garnishment. At San Diego Bankruptcy Attorney, we compiled the information below as a brief, factual overview on wage garnishment. This information is not intended as legal counsel, as only a legal professional with experience in this field and knowledge of your personal situation may provide that.

A garnishment is a legal or otherwise equitable process in which a plaintiff – usually a creditor and sometimes known as a garnishor – can collect money directly from the paycheck of the debtor, known as a garnishee.

A wage garnishment is the most common type of garnishment in the U.S. The debtor typically must set aside a pre-set amount of his or her paycheck and send it to directly to the institution or person who is owed the money. Most garnishments are decided by court action, and a court order specifies the terms and amounts of the garnishment.

When a court orders the garnishment of your wages, it refers to the deduction of money from an employee’s salary or other monetary compensation. A court ordered garnishment is usually stipulated to continue until the entire debt is paid and/or the debtor and the creditor make other arrangements to pay the debt.

The U.S. Department of Labor oversees wage garnishments as outlined in the Federal Wage Garnishment Law, Consumer Credit Protection Act (CCPA) Title III. This law limits the amount of money that may be garnished from a debtor. It further protects an employee from being fired or retaliated against for a single debt.

This law applies across all of the United States and it protects anyone who receives personal earnings through compensation, which is defined as:

The law also applies limits to general garnishments as well as the amounts that could be garnished in scenarios that relate to child support and spousal support or alimony. In the case of child or spouse support situations, the creditor can garnish up to 50 percent of a debtor’s disposable earnings if the debtor supports a different child or spouse, or up to 60 percent if the debtor is not supporting anyone else. Furthermore, the creditor can garnish another 5 percent for any support payments that have been outstanding for over 12 weeks.

Importantly, the law regarding the total amount of earnings that can be garnished does not apply to:

Other federal debt collection laws include:

The debtor should direct any questions regarding garnishment directly to the creditor agency that obtained the court order or is seeking court action, unless the total of all garnishments (beyond a single one) exceeds 25 percent of disposable earnings.

States must comply with the existing federal laws and are able to enact stricter rules, should they decide to do so. The State of California, however, does not impose stricter limits in terms of wage garnishment, so the federal statutes stand.

The State of California Labor and Workforce Development Agency and the Department of Industrial Relations both handle claims of wage garnishment as well as protests against garnishment.

Court order is necessary to garnish wages in most situations

In most scenarios, a creditor who is seeking outstanding debts must take the debtor to court – typically they would sue you, and if the court awards them a win, the court orders a specific amount the debtor must pay. This applies to most creditors, such as a credit card company or bank, a doctor or health insurance provider, an individual party, etc.

However, a court judgment is not required for a creditor to garnish wages of a debtor in the areas of:

Not all types of money can be garnished

How much of your wages are available for garnishment has a lot to do with what sorts of debts you have incurred. Importantly, not all your money can be garnished, and more specific types of monies cannot be garnished at all.

For instance, someone who receives Social Security, disability payments, or Supplemental Security Income (SSI) could very well be living on a fixed, tight income. The Social Security Act, a federal law, actually makes it illegal for any creditor to garnish money from Social Security and SSI.

Depending on other types of income you have, you may be well advised by a lawyer to keep any Social Security or SSI payments separate from other income and/or assets, so that the money cannot be confused as to its source.

Rights of the debtor

Federal laws limit how much money creditors are able to take from a debtor’s paycheck for general garnishments. The standard limit is the lower of either condition:

Additional laws ensure that certain types of income, such as Social Security, cannot be garnished.

Laws also protect the debtor from being fired or otherwise facing retaliation due to wage garnishment for a single debt. If, however, you have more than one garnishment, whether from two different creditors or a single creditor with multiple debts, you may no longer have protection from retaliation.

In nonwage garnishment, funds are separated into exempt or nonexempt funds.

Financial situations, such as inability to pay debts and wage garnishment, are often the hardest for people to talk about, let alone seek help on. Experienced professionals can help you navigate the legal and financial long-term effects of wage garnishment while also respecting your emotions and concerns about this extremely personal topic.

At San Diego Bankruptcy Attorney, our team of lawyers and legal professionals have significant experience helping clients across San Diego navigate and fight the consequences of wage garnishment. We can help you weigh your options and seek the best outcome for you and your family. Contact us today to get started – simply call 619-488-6168 and our friendly, helpful team of professionals will be happy to help.

Filing with the local bankruptcy court was not something I had any experience in doing. But San Diego Bankruptcy Attorney stepped in and provided me with their expertise, guiding me through the whole filing process - and all the paperwork and legal technicalities that involves! - from beginning to end.

It was bad enough when my vehicle was repossessed and I lost my only means of transportation to and from work - or anywhere else for that matter. But when I was handed a $4,000 bill for money I owed on the outstanding car loan, after losing the car and after the company had already sold it, that was unbearable. I went to San Diego Bankruptcy Attorney, and they guided me through bankruptcy, which was the only option left to me, and they secured me a workable arrangement.

A lawsuit by one of my creditors was threatening and it looked like they would try to use "bank levies" to "garnish" my bank account. That would have taken the bread right out of my mouth and made my bills impossible to pay. San Diego Bankruptcy Attorney guided me through a bankruptcy that averted that kind of disaster and got me a fresh start financially.

It was a difficult decision to file Chapter 13 bankruptcy, but with a home foreclosure looming, I had little choice. San Diego Bankruptcy Attorney helped me make the right decision and ensured the details of how I filed were to my maximum benefit.

The complexities of taxes and bankruptcy were more than I could have hoped to wade through. I got assistance from San Diego Bankruptcy Attorney, and they enabled me to get the full benefits of bankruptcy but without any tax problems.

Michael A. of San Diego

Going through a bankruptcy and divorce simultaneously was incredibly stressful and filled with legal complexities and pitfalls. But San Diego Bankruptcy Attorney made the process as smooth as possible.

San Diego Bankruptcy Attorney secured for me ideal debt settlement relief in a timely manner. A lump sum payment of only 35% out of the thousands I owed was doable, but paying it in full was unrealistic, and my bankruptcy lawyer got me on my financial feet again.

Great bankruptcy attorney that will help resolve your matter. If you need someone experienced go with this law firm.

We at San Diego Bankruptcy Attorney have extensive experience in all types of California bankruptcies and in all the various issues that often arise during bankruptcy, debt settlement, and related matters.

Here are some of our most important and commonly dealt with practice areas (but note that this list is exemplary and not exhaustive):

At San Diego Bankruptcy Attorney, we stand ready to take your call for help. We have assisted many others in San Diego, Southern California, and beyond in getting out from under impossible debt and getting on their feet again financially. We can do the same for you.

Call us today at 619-488-6168 for a free, no-obligation bankruptcy consultation and immediate attention to your case.

Or, feel free to visit us for an in person consultation at our office located at: 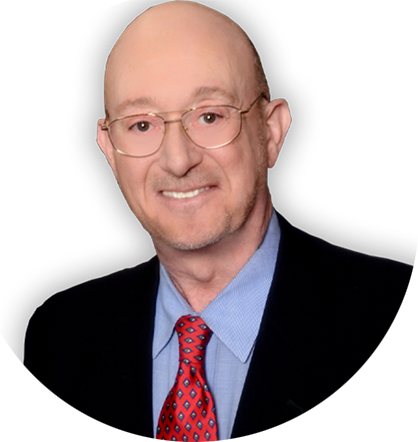 Call us now and speak to a bankruptcy attorney about your legal options in relieving debt.